How could phytochemicals have potential anti-cancer effects?

The reported benefits of polyphenols, this page highlights the published laboratory data which identifies the potential mechanism for certain foods for background information only and does not imply Pomi-T® has specifically demonstrated these effects:

The most commonly cited anti-cancer effect of phytochemicals is via their anti-oxidant properties, protecting the DNA from oxidative damage resulting from ingested or environmental carcinogens [Porrini, Parada, McLarty, Sonn]. They work by either moping up free radicals directly or supplying nutrients or the main anti-oxidant enzymes; superoxide dismutase, glutathione or catalase. A league table used to be produced by the FDA which measures foods ability to absorb damaging oxygen species – this is called the Oxygen Radical Absorbance Capacity  ORAC but this has now been removed because it has now been recognised that the antioxidant properties is only one part of the story.

Some polyphenols have mild hormonal effects particularly the isolavone phyooestrogens, daidzein, genistein and glycitein found in soy, peanuts, legumes. They weakly inhibit the oestrogen receptor in women dampening down the harmful effects of their own oestrogens and likewise in men inhibits 5 alpha reductase which can mildly lower testosterone.

Directly modulate the hallmarks of cancer:

Cancer cells have to go through a series of biochemical pathways in order to grow faster, invade adjacent organs and metastasise. A number of laboratory experiments using cancer and normal cells in petri dishes has shown that some foods can directly inhibit these pathways: 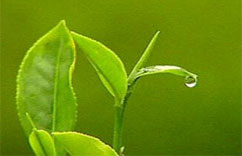 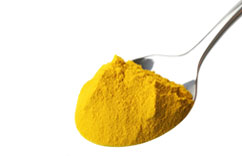 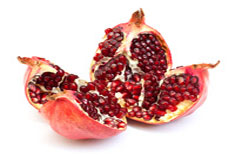 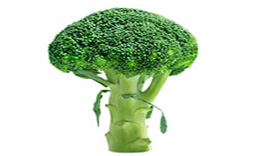 What is evidence that polyphenol rich diets are beneficial to health?

The anti-cancer effects of polyphenols, however, do not stop after a diagnosis of cancer. Breast cancer survivors eating polyphenol-rich fruit, vegetables, soy and green tea were found to have lower relapse rates [Pierce, Buck, Boyapati, Ogunleye]. Individuals with skin cancer, who had a high intake of leafy green vegetables and broccoli, had lower rates of new cancer formation [Heinen]. A healthy lifestyle including a polyphenol rich diet has been linked to a slower rate of PSA progression amoung men with indolent prostate cancer [Ornish].

Is there evidence that boosting the diet with a daily nutritional supplement reduces cancer risk or the rate of established cancer progression?

Food supplements can be split into two main categories. Those which extract chemicals from foods and concentrate them into a pill and those which concentrate selected whole foods:

By far the largest categories of these supplements contain minerals and vitamins although some can contain extracted polyphenols such as lycopene, saw palmetto and genistein .

Despite the data showing that  diets deficient in minerals and vitamins have been associated with greater cancer risks and recurrence rates [Chaoyang, Reichman, Leitzmann, Rock, Shenk], most studies of vitamin and mineral supplementation have shown no benefit, or have shown a slightly increased risk of cancer:

The most notable of these are the SELECT study, which showed an increased prostate cancer incidence following vitamin E and selenium supplementation  [Klein]; The CARET and ATBC studies of alpha tocopherol & beta carotene both showing a higher lung cancer risk [Heinonen, Omenn]; two Scandinavian studies, showing higher cancer risks following vitamin B supplementation [Ebbing, Figueiredo]; the Health Professional Study, linking supplemental zinc >100mg/day with advanced prostate cancer [Leitzmann]. In a small RCT, involving men with prostate cancer, no affect on PSA occurred following intake of a pill containing ganistein, daidzein and other isoflavones [Shröder]. In a larger study of Saw Palmetto or Genistein evaluated on their own, no benefit was shown for either prostate cancer or benign prostatic hypertophy [Brasky, Brent, Spentzos]. Likewise, despite the initial enthusiasm for lycopene from cohort observations [Giovannucci], the two most recent RCTs in men found no difference over placebo [Barber, Clark], and studies in women have shown no reduction in the risk of breast cancer with regular intake [Hu].

There was one study reporting a benefit, the SU.VI.MAX study of ascorbic acid, vitamin E, beta-carotene, selenium, and zinc versus placebo which showed a reduction in the risk of prostate cancer [Hercberg] but authors postulated this was related to French men having a lower baseline micro-nutrient status [Myer].  An Australian study, showed that individuals who took beta-carotene and vitamin E in supplement form had higher rates of new skin cancer formation but those having a low polyphenol rich diet also had a higher risk [Heinen]. This u-shaped distribution was also reported in the EPIC study were individuals on diets deficient in folate and those taking the highest amounts of folate via supplements both had higher cancer risks [Chuang]. This phenomenon has prompted organisations such as the National Cancer Institute to issue statements that long-term vitamin and mineral supplementation should be discouraged unless they are used for correcting a known deficiency, and future studies should include detailed micro-nutrient testing Cancernet-UK.

Interventional studies of polyphenol-rich food supplements are gaining momentum as, instead of extracting chemical micro-nutrients, they concentrate whole foods as a convenient way to boost the daily intake of polyphenols. They are however, scarce, often under-powered, non-randomised, and have multiple overlapping interventions making the results difficult to interpret [Posadzki]. Despite these drawbacks, there are some interesting data emerging. In the large VITamins and Lifestyle (VITAL) cohort study, a link was found between the use of grape seed extract and a lower risk of prostate cancer [Brasky]. In a small study of American men with prostate cancer, a tea extract was linked with a significant reduction in the levels of several growth factors that promote cancer growth, and a beneficial effect on PSA  [McLarty].  In a phase II study of men with prostate cancer, PSA doubling time was significantly prolonged and markers of oxidative stress improved upon regular consumption of pomegranate juice [Pantuck]. In two further phase II studies, one from USA and the other from Italy, men had pomegranate seed extract, and similar effects on PSA were observed [Carducci, Paller].

Although polyphenol-rich supplements are showing some promise, it is clear that not all polyphenols have anti-cancer effects, and those which do, are likely to have different benefits in different combinations amongst different individuals [Parada, Greenhall, Moysich, Porrini]. The largest and scientifically robust evaluation was the pomi-t study.  This double blind RCT involved 200 men with slowly progressing prostate cancer. There was a 63% difference in the rate of rise of PSA and a significant number of men stayed on active surveillance on the food supplement arm [Thomas ASCO 2013].

Heinonen O, et al  Prostate cancer and supplementation with alpha-tocopherol and beta-carotene: incidence and mortality in a controlled trial. Journal of the Nat Can Institute 1998; 90: 440-9

Tung K, et al. Association of dietary vitamin A, carotenoids and other antioxidants with the risk of ovarian cancer (2005) Cancer Epidemiol Biomarkers Prev; 14;669